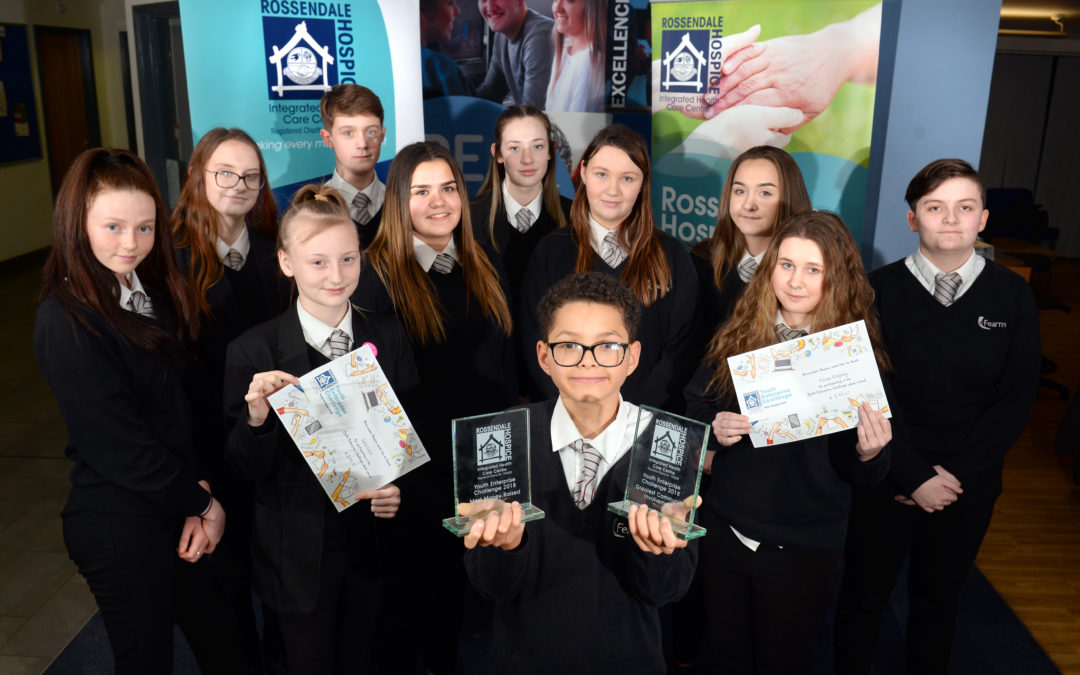 An incredible £2,875 was raised by pupils from The Valley Leadership Academy for Rossendale Hospice through the Youth Enterprise Challenge.

The Year 10 pupils worked extremely hard and came up with some imaginative ideas, including a hugely successful sponsored walk that raised the most money.

At Alder Grange School in Rawtenstall, the team presented their achievements to a panel of judges and won two trophies – firstly for the most money raised per pupil and secondly for best community involvement.

“We explained to the judges all of the different ways we used to raise the money, including involving the whole school.

“It was a shock to realise how much we had raised when you think of how many pupils we have in our school compared to others – it was nearly £10 per pupil.

“It was nice to be able to raise so much money considering the amount of pupils we have.

“We learnt how to add up the costs of making things by doing cake sales, and then made the items in school so we learnt about budgeting and profit.”

“We now have better communication skills because we worked together as a team.”

Burnley Football Club was also involved in the fundraising as the team organised a Soccer Knockout.

“I was the goalkeeper and I saved quite a few of the goals.”

“I have learnt that is it fun to work with everyone and I think we are all really proud of the amount that we raised.”